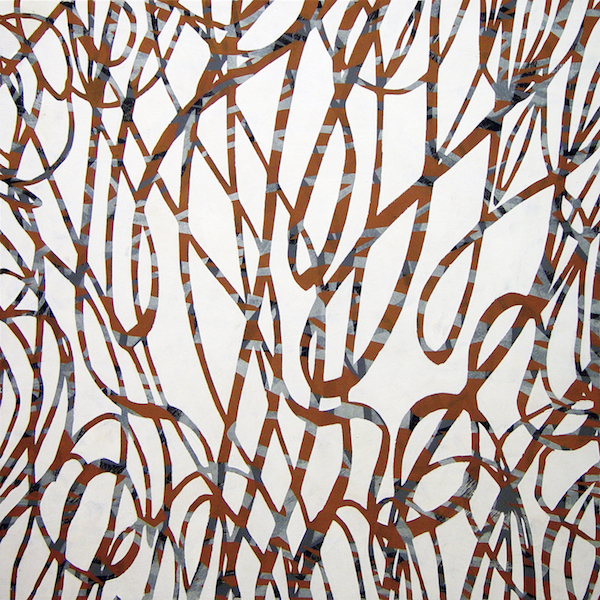 Nocturnality is an animal behavior characterized by activity during the night. I begin with the most basic and universal symbol, the circle.  Late at night, every night, since June of 2007, I have drawn complex, tangled variations of the circle into a sketchbook with 35 books to date.   The practice “has become prayer-like substituting mark-making for words.” I began to use the nighttime drawings first in a series of prints, then as the basis for finished artworks. Artwork titles reference the date of the original nighttime drawing.

The concept of infinity is the inspiration for the circular imagery. The images created, reference microscopic worlds, cellular growth, auras, and the cosmos. The square format of the finished work allows for a field of pattern that continues equally in all directions, amplifying the idea of infinity.