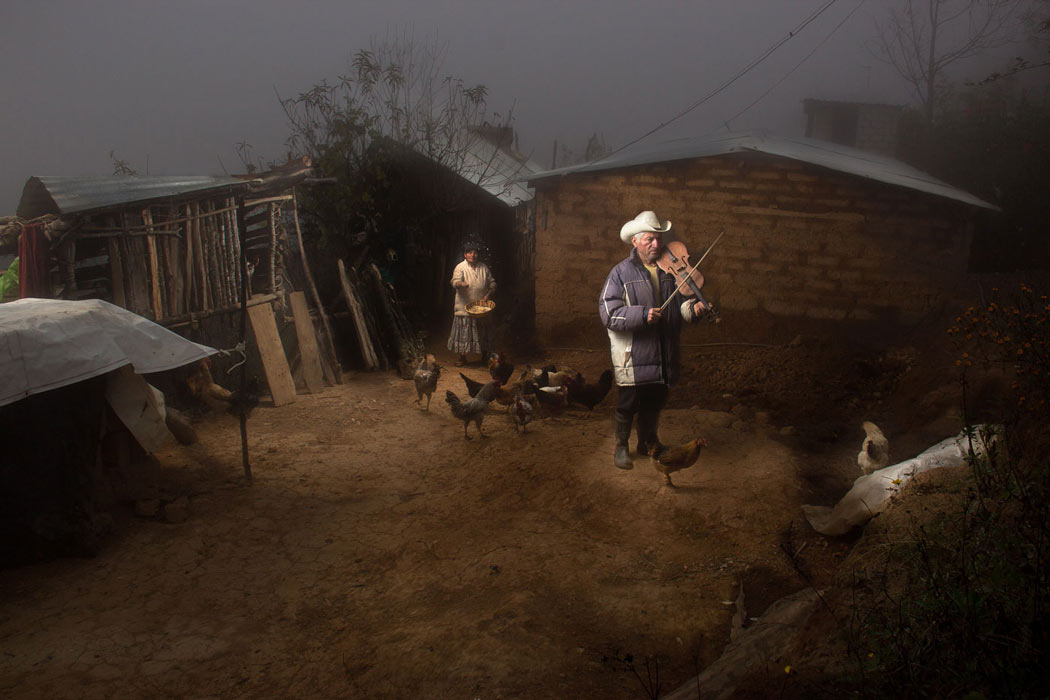 By mixing a documentary genre and constructed -Mise en scène- techniques, Family From the Mist is a photo series about an indigenous family that lives deep into the Mexican mountains of Oaxaca. A magical atmosphere is generated by the mist, this magic is also sustained by the presence of musical elements, very common in the Mixe culture to which they belong. The new generation shares a lot of activities with their grandparents. Even though they dress in a more modern way, they still subtly share their colors and textures. Marlen writes a Whatsapp message on a smartphone, using her native language in a timeless landscape. Her grandmother stands before a cave where she once lived. Honorato, the grandfather plays the violin next to his creations, since he built his house with his own hands as well as his first violin.

This is Family from the mist.

Shandor Barcs (1985) mexican photographer and filmmaker. Has been awarded with the “Film Production” grant given by the Culture Institute of Morelos, Mexico. He has also been awarded twice the National Young Artists grant in Photograpy given by The National Fund for Culture and Arts, Mexico. His photographic series “Family from the Mist”  was featured in the Tokyo International Photo Festival, and in the Seoul Lunar Photo Fest. His photographic work has been published by Mexican and international media, and exhibited in several countries.

As a filmmaker he has worked in more than 20 professional productions in different positions such as a Director, Producer, Cinematographer and 1st AD. His work as a director has been selected in multiple festivals in America, Europe and Asia. His personal work deals mainly with built scenes - Mise en scène- . Lighting takes a very important role in his narrative, and thematically he is interested in the exaltation of everyday life, absurdity, onirism, family issues and the exploration of the frontier between fiction and documentary.